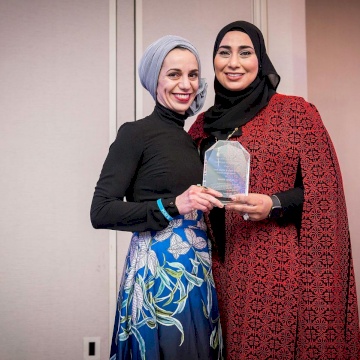 The Dr. Musa & Suhaila Nasir Humanitarian Award is given once a year to a nominated health-care provider who has devoted to provide valuable medical treatment and has demonstrated deep empathy, and caring for PCRF children. This year the award was given to Dr. Noor Bilbeisi. Dr. Bilbeisi and the Pacific Bay Pediatric Dentistry graciously offered dental services to the children who came to the Bay Area for medical care. Children in the Middle East often don’t get the adequate dental care they need. They come to us with multiple cavities and a high risk for tooth decay. Even with her incredibly busy schedule, Dr. Bilbeisi took the time to not only help the children but to play with them to make them feel comfortable in a new environment. The PCRF SF Bay Area chapter is proud to honor Dr. Bilbeisi with the award this year. Congratulations and thank you for everything you do to help us with our mission to provide valuable care to these children. 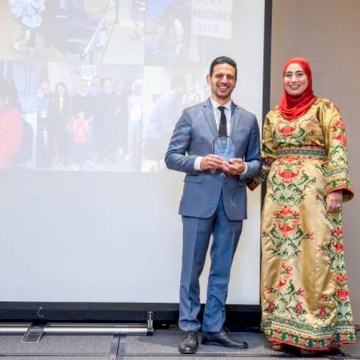 Samer Mousa is a prosthetist who was nominated afor providing free prosthesis for several kids who came to the SF Bay Area Chapter for treatment through his work at UCSF and later LIM innovations. 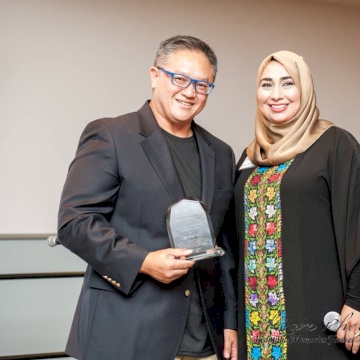 This year we were happy to present Dr. Hugh Vu with the Dr. Musa & Suhaila Nasir Humanitarian award. Dr. Vu was nominated for his amazing work and devotion to providing valuable life changing treatment. In 2013, the PCRF sponsored 6 old Tarteel from Hebron, Palestine to be treated by Dr. Vu at Shriners Hospitals for Children - Northern California in Sacramento. At a younger age Tarteel had received terrible burns from a boiling water accident that covered over 50% of her body. Tarteel is back in Sacramento this year to continue her treatment and we are so grateful for the amazing work Dr. Vu and his team are doing for Tarteel. 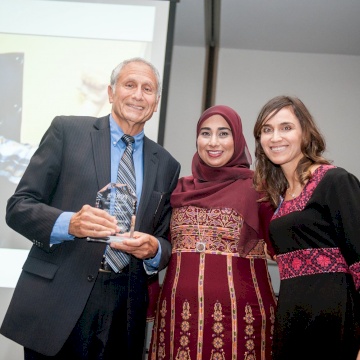 Dr. Lawerence Rinsky is the chief of pediatric orthopedic surgery at Stanford Lucille Packard’s children hospital. Besides working with the PCRF, Dr. Rinsky has led several medical missions providing much needed orthopedic surgeries to children in developing countries such as central an south America, Mexico and the Philillipines. in 2014, he performed a life changing operation on 6-year old Hadi Alkhadra, from Toul Karem. During the time we spent with Dr. Rinsky and his staff, we were touched by his humility, bedside manner, and devotion to helping his patients. He was not only Hadi’s surgeon. Dr. Rinsky soon became Hadi’s role model. Haadi even started calling Dr. Rinsky “Habibi” and often would show up to his appointments in a tie and stethoscope just like Dr. Rinsky.

San Francisco - Bay Area
2016
BECOME A VOLUNTEER
We’re a grassroots organization depending on volunteers from all backgrounds, so please click here to join our efforts.
Join Us Now
Stay Informed
Sign up to receive our latest news and ways to get involved