As one of the Five Pillars of Islam, zakat is the requirement that all muslims with means donate some of their income or wealth to the poor. In most countries, zakat is entirely voluntary and can be done by anyone for any reason. However, in a few places it is mandated by law. Zakat is entrenched in the Islamic tradition and constitutes the act of purifying oneself and making an appeal to God.

How zakat is done can take a variety of forms. It could be as simple as making a donation at the end of service at the local mosque. Other times it’s a substantial donation to a community organization. Since it’s often not compulsory by state authorities, Muslims have considerable options on both how much their zakat amounts to and to which organization it goes. In this way, zakat is similar to other kinds of religious philanthropy, often benefitting religious and community organizations that rely on charitable giving.

While not officially mandated, charitable donations in the form of zakat increase during the holy month of Ramadan. This Islamic holiday falls under the ninth month of the Islamic calendar and calls Muslims to fast, give, and pray during various rituals that take place throughout the month. Since Ramadan is a time of reflection and community, it makes sense that more zakat will take place during the month. As such, many nonprofit organizations that serve muslim populations rely heavily on zakat during Ramadan.

The Palestine Children’s Relief Fund serves vulnerable communities throughout Palestine and the Middle East. Through our work, we build medical departments for children, sponsor orphans in Gaza, feed hungry refugee children, and provide thousands of injured and sick children surgery. While PCRF is not a religious organization, Palestine is a majority Musilim nation, making our work dependent on the religious giving of zakat. Whether you observe Ramadan or not, your charitable giving goes a long way towards helping people in need. There are many ways you can get involved and advance important humanitarian work.

08,Apr,21
What Is Ramadan?   Ramadan is known to many as one of the most important holidays in Islam. It falls on the ninth month...
Read more 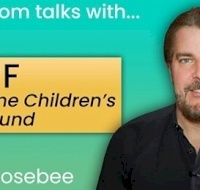 21,Feb,21
Spirit Rosenberg from Great.com interviewed PCRF as part of their 'Great.com Talks With...' podcast. This series is an ant...
Read more 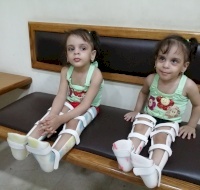 What Are Ways to Help a Child Adjust to a Prosthes...

17,Feb,21
What Are Ways to Help a Child Adjust to a Prosthesis?   No matter how old you are, adjusting physically and emotionally...
Read more 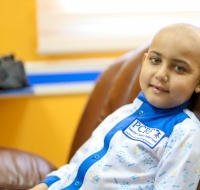 What’s the Difference between a Nonprofit Organiza...

17,Feb,21
What’s the Difference between a Nonprofit Organization and an NGO? Both exist to do good work, but nonprofits generally o...
Read more