In 2014, Thaer was just a nine-year-old boy when a bomb struck his home during the war on Gaza, killing his mother, four siblings, and taking his leg.  PCRF sent the injured boy twice to the Shriners Hospital in Portland, Oregon for surgery and a prosthesis.  Thanks for our PCRF Portland chapter, he got the care he needed to go home and return to school and his surviving family.  He is now sixteen-years-old. and we continue to support his treatment through our Gaza Amputee Program, which includes getting him adjustments and care at Hamad Hospital in Gaza City.  As Thaer grows, his body changes and the need to adjust his prosthetics changes as well. He was transferred to the PT to prepare his stump and take measurements later to make a new socket soon. Thaer sends his regards to all the PCRF volunteers who have been instrumental in his care over the past seven years. 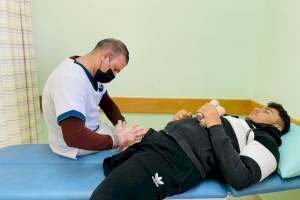 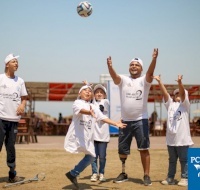 03,Aug,21
This week, PCRF is hosting our second "Camp Ability" for kids in the Gaza Strip who are suffering from amputations. This...
Read more

13,Jun,21
On May 24, the remote village in northern Gaza of Um Al-Nasr was hit by artillery shells, killing five people and wounding twenty-...
Read more 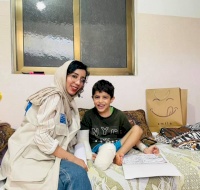 Our amputee kids in Gaza visit the most recent vic...

06,Jun,21
Our field workers are in the homes and streets of Gaza, identifying and responding to the needs of the injured and homeless childr...
Read more 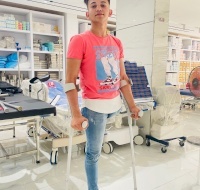